Skip to Content
By continuing to use the site, you agree to the use of cookies. Legal Notices

ZOOM
Join us to hear from guest speakers to share their innovative approaches to housing in markets from across the United States. Speakers will cover topics such as container homes, modular homes, shortening the build time, tiny homes, and more.
Register Yourself Register Two or More
View Event Attendees Cheryl leads policy efforts in DC and Maryland for the Coalition for Smarter Growth. Cheryl is the voice of our equitable development campaigns — working with community activists, nonprofits, and government agencies to promote transit-oriented development, housing choice, economic development, pedestrian and bicyclist safety and access in less-affluent communities throughout the region. She routinely demonstrates that it’s possible to use the bus system for hard-to-reach meetings in the suburbs (but boy, is there room for service improvement). Prior to her work as Policy Director, Cheryl served as the Executive Director for the Washington Regional Network for Livable Communities (WRN), which merged with the Coalition for Smarter Growth in 2007. Before WRN, Cheryl worked for the Chesapeake Bay Foundation and the Maryland Department of Natural Resources. She holds a master’s degree in Sustainable Development and Conservation Biology from UMD College Park and a Bachelor of Science from UC Berkeley. Adding to the many plaques adorning our office’s walls, Cheryl received the Distinguished Leadership for a Citizen Planner Award from the National Capital Area Chapter of APA in 2006. She is a parent of two small children and an enthusiastic bird-watcher.
View in Member Directory Will open in a new window 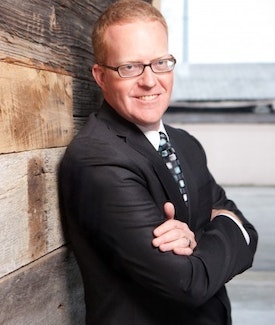 January 2008 BRIEF BIO R. Hunter Gee, AIA, NCARB Hunter is a founding Partner and Principal of Smith Gee Studio in Nashville. His experience includes a wide variety of planning and urban design projects across the country. Hunter has led major private-sector urban infill projects, such as the $350-million Gulch Redevelopment Master Plan in Nashville. He managed the planning and design team for the Privatization of Family Housing at Fort Campbell and Fort Drum, comprising over 4,000 units and $600 million in development. Hunter has led numerous large-scale, greenfield projects including the planning and entitlement effort for Saratoga Springs, a 2,400 acre mixed-use development in Clay County, FL. Hunter takes time to speak at conferences and seminars, including presentations on smart growth, sustainable development, transit-oriented development and new urbanism. A few specific talks include a national roundtable discussion on smart growth in Washington, DC, and the "Designing with Density Workshop" in Raleigh, NC. In October of 2001, he was published in Urban Land, with an article regarding Downtown Nashville's urban renaissance ("Reactivating Downtown"). In 2007, Hunter was a recipient of the Nashville Emerging Leader Award, awarded by the Nashville Chamber of Commerce. Having played a major role in the recent formation of ULI's Nashville District Council, Hunter sits on the District Council's Executive Committee as the Chair of Programming. Hunter is the 2010-2011 President of the Board for the Nashville Civic Design Center. He has sat on Nashville's Metropolitan Development and Housing Agency's Design Review Boards and was a team leader for the Plan of Nashville and is actively involved in Nashville's Urban Design Forum. In 1999, he chaired the East Nashville Regional/Urban Design Assistance Team (R/UDAT), which prepared a master plan for neighborhoods devastated by two tornadoes. Since then, Hunter sat on the National AIA R/UDAT Task Group and recently led a multi-disciplinary assistance team in Lake Havasu City, AZ.
View in Member Directory Will open in a new window 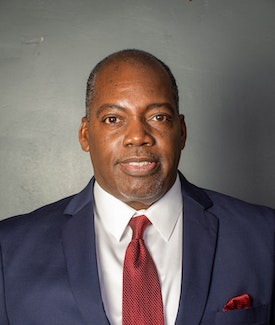 Chet Jackson is the Director of Multi-Family Housing for The Works. He has been in the Community Development field for over 35 years in a variety of capacities ranging from Intern to Executive Director. Chet’s career is focused on the development of affordable housing opportunities in under invested communities ranging from single family homeownership to multifamily rental for low to moderate income families.
View in Member Directory Will open in a new window 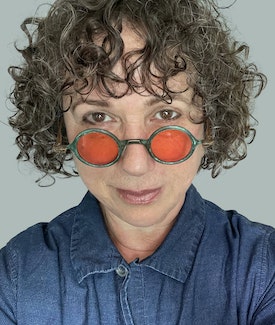 ULI Washington: A Conversation with Howard University President, Dr. Wayne A. I. Frederick